Since picking pumpkins at the pumpkin patch, our class has been using our pumpkins during Science class for some interesting investigations!

First, we investigated the size of our pumpkins. We began by estimating which pumpkin we thought might be the largest, and which might be the smallest. We talked about different ways of estimating, and then we tried them out! We started by putting our pumpkins into two categories - large pumpkins, and small pumpkins. Then we compared our pumpkin to others in the same category. Finally, we lined all of our pumpkins up and used our observations to decide which pumpkin was the smallest and which was the largest. 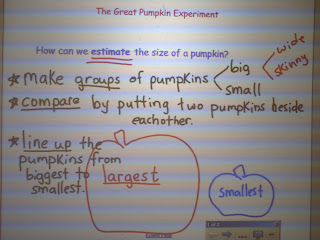 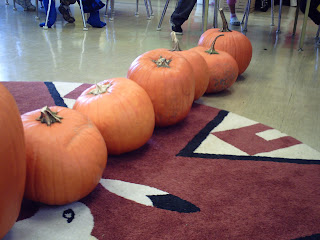 We also made some estimates about the seeds inside our pumpkins! After guessing that large pumpkins might have more seeds than small pumpkins, we took a look inside Miss. OC's pumpkin and made an estimate about how many seeds it held. We looked inside each of our pumpkins, too, and estimated how many seeds there were inside! After making our estimates, we each thought of a counting strategy and began counting our seeds. Some of us counted by 10's, 20's, 5's, and even 1's! Counting seeds one by one took a long time! Finally, we compared our estimates to our final count. Practicing estimating is making our estimates more accurate! 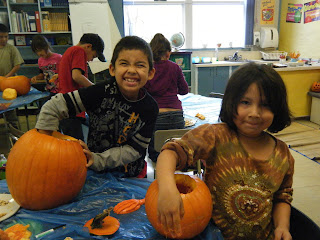 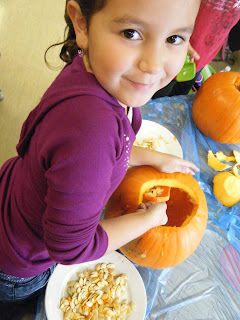 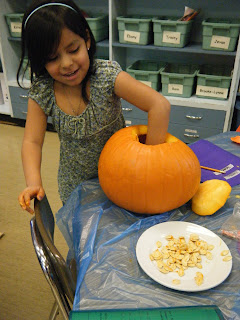 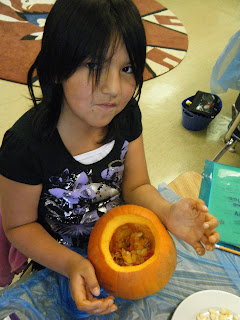 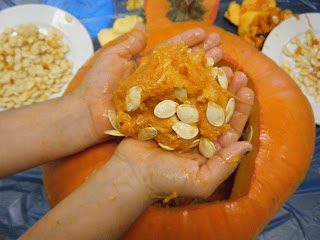 Of course, once our pumpkins were empty, we couldn't just let them go to waste! With the help of some very eager volunteers, we carved our pumpkins into jack o'lanterns. Take a look at our amazing pumpkin carvings. 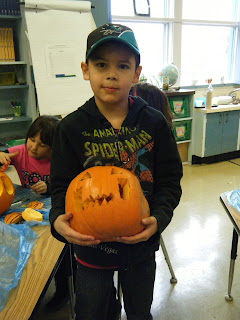 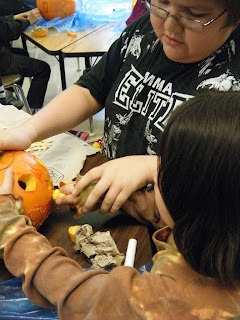 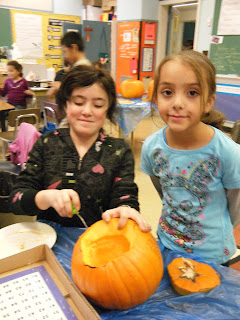 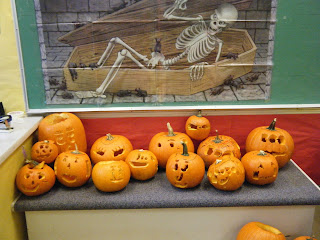 But whatever happened to the seeds we harvested? We turned them into Math Art! Check back tomorrow for photos of our pumpkin seed art. :)

Leave us a comment:
Have you ever carved a jack o'lantern before?
Do you have any tips for making an accurate estimate?
Posted by MrsMikula at Tuesday, November 01, 2011