Yesterday Division 2 did a Science experiment with liquids and solids. The liquid we used was water, and we looked at two different solids - salt and borax, a kind of laundry soap. We learned a new word - dissolve! When you mix a solid like salt into a liquid it dissolves in the liquid. It's not disappearing! The salt pieces just fit themselves in between the molecules of water. 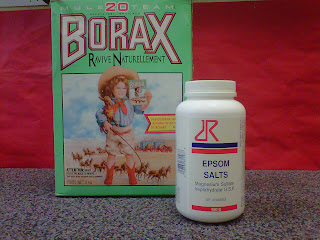 Then we mixed borax with water, and it dissolved, too. To get the borax back out again, we had to find a way to get rid of the water. We tried getting rid of some of the water by putting it in cups and letting it dry up. When water dries up, it's really evaporating (that's another new word!). When water evaporates, it fills in the spaces between the molecules in the air. We know that when water goes into the air, it makes clouds, and clouds make rain! We put a pipe cleaner hanging in our glass of water and borax to catch some of the borax as the water evaporated. 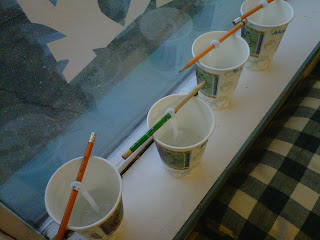 After some of the water evaporated, it left the pieces of borax behind.  As the pieces of borax got back together again, they made some interesting shapes. We call these shapes crystals. We had a lot of fun examining our crystals up close with magnifying glasses. 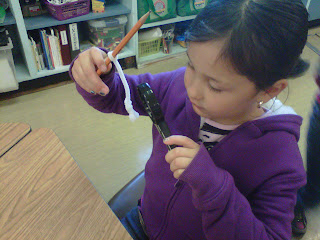 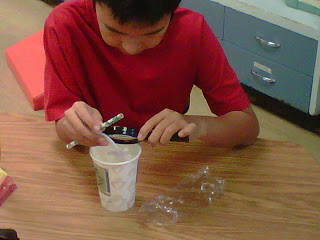 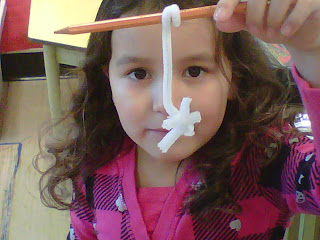 Some students noticed that our crystals look a lot like snowflakes. Snowflakes are crystals, too, only snowflake crystals aren't made of salt or laundry soap, they're made of ice! Ice crystals can form in beautiful patterns, just like these paper snowflakes we made in art class today. 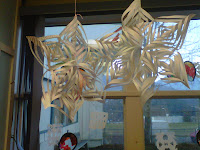 
What did you notice about the crystal you made?


What other things can you think of that are made of crystals?
Posted by MrsMikula at Friday, December 09, 2011